April 11, 1897  The church voted to move to a school house located on Third Avenue and Cumberland.  Sometime later the church purchased the school house 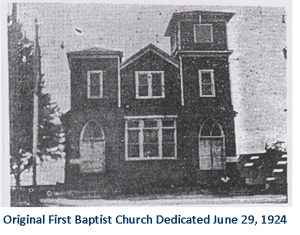 June 29, 1924  Almost 30 years to the date after the church was organized the new church building was dedicated

April 15, 1962  Communion table and two pulpit chairs were dedicated in memory of Dana E. Drinnon by his family and friends 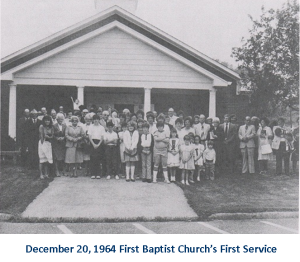 July 18, 1976  Planted a Freedom Tree (dogwood) to commemorate the US Bicentennial Year

October 1993  Stained glass windows were installed in the sanctuary

March 1998   Started renovation and construction of a new Activities Building

2004  Celebrated the 40th Anniversary of moving into the new building

2013  A Deaf Ministry began with Pam Worley as the interpreter.  Dr. Brett Travis from the Emmaus Centre for Christian Counseling began counseling on Thursdays

This site uses Akismet to reduce spam. Learn how your comment data is processed.